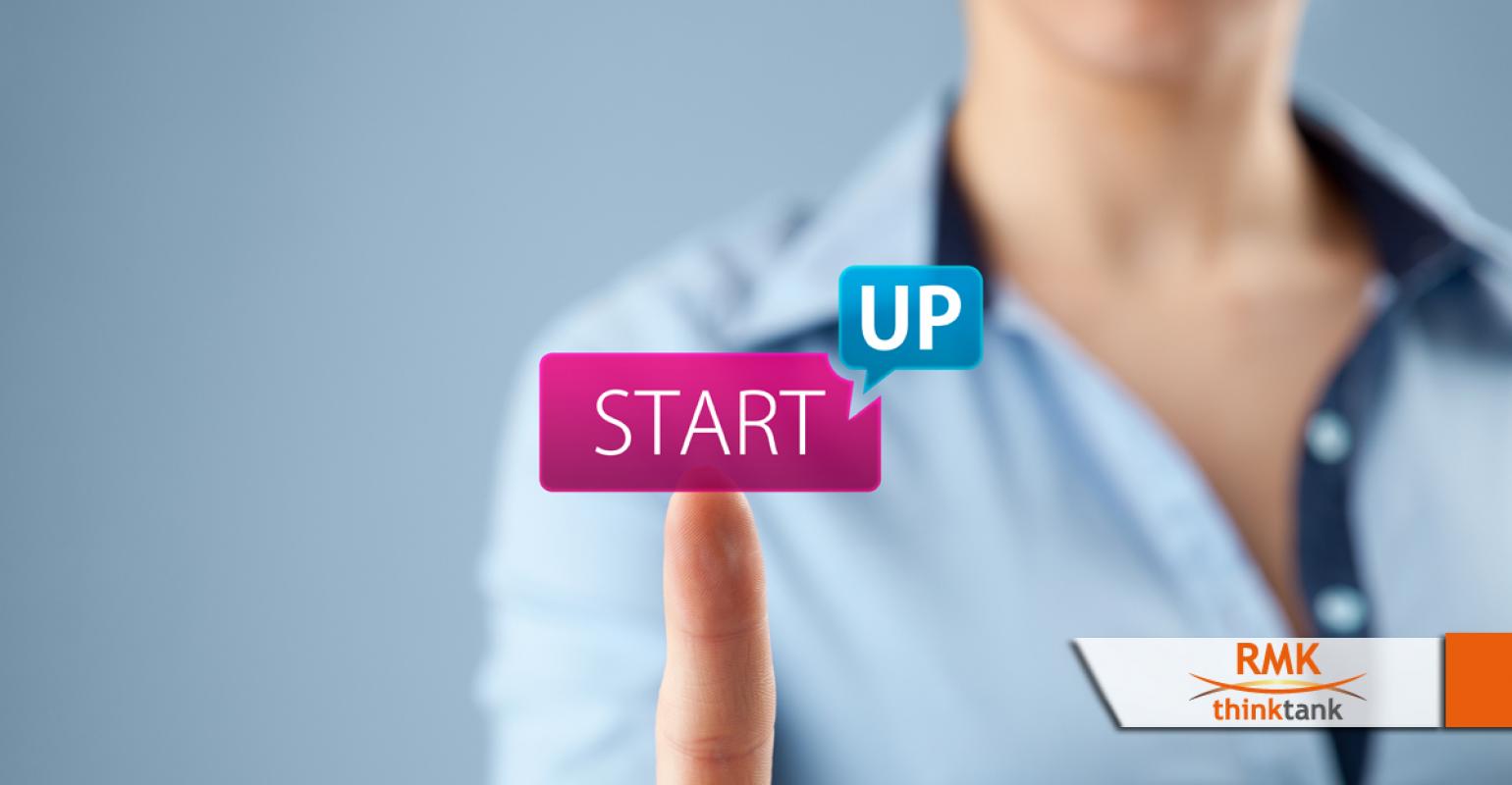 START-UPS HAVE BECOME A QUESTIONABLE FASHION – HOW DO WE FIX IT? (PART 1 OF 2)

Are start-ups important? Yes, of course. But it looks like things can go quite wrong. The precise definition of start-up is widely debated, however, a start-up company generally refers to an entrepreneurial venture which is a newly started, innovative, fast-growing business that aims to meet a marketplace need by developing or offering new, improved, newly combined or more competitive products, services or processes.

In this regard, start-ups are very important, especially when we are talking about building real companies that create jobs and are drivers for economic growth. This is also confirmed by the findings of a study from the Kauffman Foundation which underpins that incumbents tended to invest in R&D that exploited existing technologies and in incremental innovations, while start-ups are more likely to enter the market with radical, cutting-edge innovations.

But the thing is, if you look at what’s happened around the globe in recent years, it’s easy to think we’re living in a start-up era. You’d expect an exploding number of new, successful businesses and jobs, but the contrary is the case.

Start-ups have become fashionable, everywhere. But imagination and reality are far apart – a paradox which leads to opposing effects, caused by the hype behind any nonsense, non-starter or lemon idea becoming a start-up – where many turtles hatch, but few make it to the sea. That’s quite similar to the first green wave of organic products where half-baked concepts just burned a lot of cash, created a bubble and most ended up in the sink.

Let’s look to the land of ‘limitless opportunities’ – the US – as most people in the scene see it, not just because of top-notch corporations like Apple, Google, Amazon and Facebook, but as a country with an unstoppable business success vibe, especially in high-tech. A latest article within the MIT Technology Review reported that the number of companies in Silicon Valley that got seed funding from investors more than doubled between 2007 and 2012. Venture capital funding in the US over the last five years has totalled a remarkable $238 billion, and 200 companies today are so-called unicorns, privately valued at more than a billion dollars each.

But entrepreneurship is actually on the decline, and has been for decades. A host of economic researchers have been telling a much bleaker story: according to a paper of economists of the Brooking Institution, the percentage of US firms that were less than a year old fell by almost half between 1978 and 2011. Indeed, according to the Commerce Department, the number of new businesses started by Americans has fallen sharply since 2000, and so too has the percentage of American workers working for companies that are less than a year old. Since 2015, start-up activity is growing again in America, but it is still below historic norms, and the latest data from the US Census bureau continues to show a long-term decline. What is interesting though is, according to the Kauffman Index, immigrants are nearly twice as likely as native-born Americans to start a business.

In Europe, it’s neither much different nor rosier. In Germany for example – according to the latest KfW Research as well as the Global Entrepreneurship Monitor – the enterprise birth rate fell by 17 per cent. In these studies, Germany only occupies the last place in Total early-stage Entrepreneurial Activity (TEA) among 23 innovation-based (i.e. comparable) countries. Italy ranked 22nd, Spain 21st, Norway 20th, UK 15th, Switzerland 11th, where Canada leads the ranking, Estonia came 2nd, USA 4th and Israel 5th.

The same research shows on the contrary that in factor- or efficiency-driven economies where the top-rankings regarding TEA’s are occupied by Senegal, Botswana, Burkina Faso respectively Ecuador, Lebanon and Peru, it looks more promising.

What’s the success rate of businesses? There are various statistics and studies available regarding the survival of start-ups. The few optimistic ones report that three out of four start-ups fail, while the conservative ones still see nine out of ten start-ups failing within three years, where tech start-ups have the highest rate of failure among all industries.

Some sobering statistics see 96 per cent of all businesses failing within ten years. That’s quite accurate – the average lifecycle of companies in Europe is in fact, according to Eurostat’s regional yearbook 2015, down to just 11.2 years (!), as slightly fewer than nine per cent of active enterprises (industry, construction and services except holding companies) in the EU ceased activity p.a. The highest enterprise death rate was recorded in Croatia, followed by Portugal and Lithuania. The lowest enterprise death rates were recorded in Malta, followed by Belgium, Austria and the Netherlands. But even the average lifespan of a company in the S&P 500 index has decreased from 61 years in 1958 to just 18 years today.

Do start-ups really create lots of good jobs? Start-ups have been increasingly put forward as drivers of economic growth, largely because it’s become accepted as fact that start-ups create jobs. But do they? Scientists are now saying, ‘not so simple.’ Furthermore, some of the empirical support for the idea that start-ups create jobs results from a kind of statistical illusion, or what is called an artefact. There is no doubt that some start-ups, especially those which become real, lasting and high-growth companies, do indeed create good jobs! As for the too many hype-born non-starters, not really.

As the Harvard Business Review recently published, it’s common knowledge in the meantime that jobs created by a newly-formed-firm are less equal, in two ways. One is that they pay less: a study in the UK has shown that on average, a start-up reaches only $180,000 in revenue after its sixth year – barely enough to pay salaries. And another new study in Denmark has found that indeed, start-ups create quite a few jobs, but that a disproportionate number of them are low-skilled service jobs. Keep in mind that even successful start-up entrepreneurs (especially bootstrappers) work for low or no salary for months or even years after their company appears as a ‘start-up’ within census data, and they are often registered as employees.

The famous Brookings Institute published another interesting piece of research: “Business dynamism is the process by which firms continually are born, fail, expand, and contract, as some jobs are created, others are destroyed, and others still are turned over. Entrepreneurs play a critical role in this process, and in net job creation. But recent research shows that dynamism is slowing down. Business churning and new firm formations have been on a persistent decline during the last few decades, and the pace of net job creation has been subdued.”

Has the world of entrepreneurship lost its appetite for risk? Maybe. Remarkably, in the innovation-driven economies, it looks as if as many seeds are being planted, fewer trees are growing to the sky.

Societal attitudes provide a signal as to how entrepreneurship is regarded in an economy. A society’s culture, history, policy and business environment, along with many other factors, can influence its view toward entrepreneurship, which can, in turn, affect entrepreneurial ambitions and the extent to which this activity will be supported. More distinct these days in innovation-driven countries (including Europe), though, are the dramatically lower intentions to start a business, with only one-third the level of intentions as the factor-driven country average. Consequently, although people in the innovation-driven economies generally see opportunities, perhaps because these opportunities are visible or because people are alert to them, comparatively few intend to pursue entrepreneurship.

But the story behind this perception is, in my view, how these potential entrepreneurs are expecting to be treated in the event of failure: likely stigmatised as a loser and hence ‘discriminated against’ socially, in their private life or from credit institutions? In Germany for instance, a recent survey shows that nearly two-thirds (!) of the population have no tolerance for entrepreneurial failure, as well as no real culture to naturally grant a second, let alone a third chance.

And an entrepreneurial failure in Germany is – opposite to the Anglo-American countries – mostly equated with personal failure, as start-up researcher Rolf Sternberg argues. So it’s no wonder that many see a failure as humiliation for their whole life, not just their career, which they wish to avoid at all costs.

And this isn’t just the case in Germany – there are many more countries in Europe and Asia with similar ways of thinking. Quite apart from the fact that the lifespan of companies within the EU is just 11.2 years and hence the death rate as a commonplace fact is nearly nine per cent p.a., with this attitude, so many of most famous entrepreneurs (including their inventions and products) in the world of old and modern times wouldn’t have made it – as they failed numerous times before they finally made their great breakthrough. Just to mention a few: Henry Ford, Bill Gates, Steve Jobs, Steven Spielberg, Walt Disney, Henry Heinz, Thomas Edison.

Remember the famous IBM-story of the 10 Million Dollar Education: Thomas Watson Jr (CEO/president of IBM 1952-1971) had called a VP to his office to discuss a failed development project that lost IBM within the range of $10 million (nowadays almost 100 million USD). Expecting to be fired, the VP presented his letter of resignation. Tom Watson Jr shook his head: “you are certainly not leaving after we just gave you a $10 million education.” In those days, failure was not a problem at IBM as long as it was turned into a learning experience. The important point is that the financial focus has to take the backstage. Before Steve Jobs returned, Apple was run by bean counters who demanded profits over customer value. On his return, the company was just three months away from bankruptcy.

How do we fix it? In my opinion, we have to address a five-point plan, which I’ll introduce in the next part of this article.