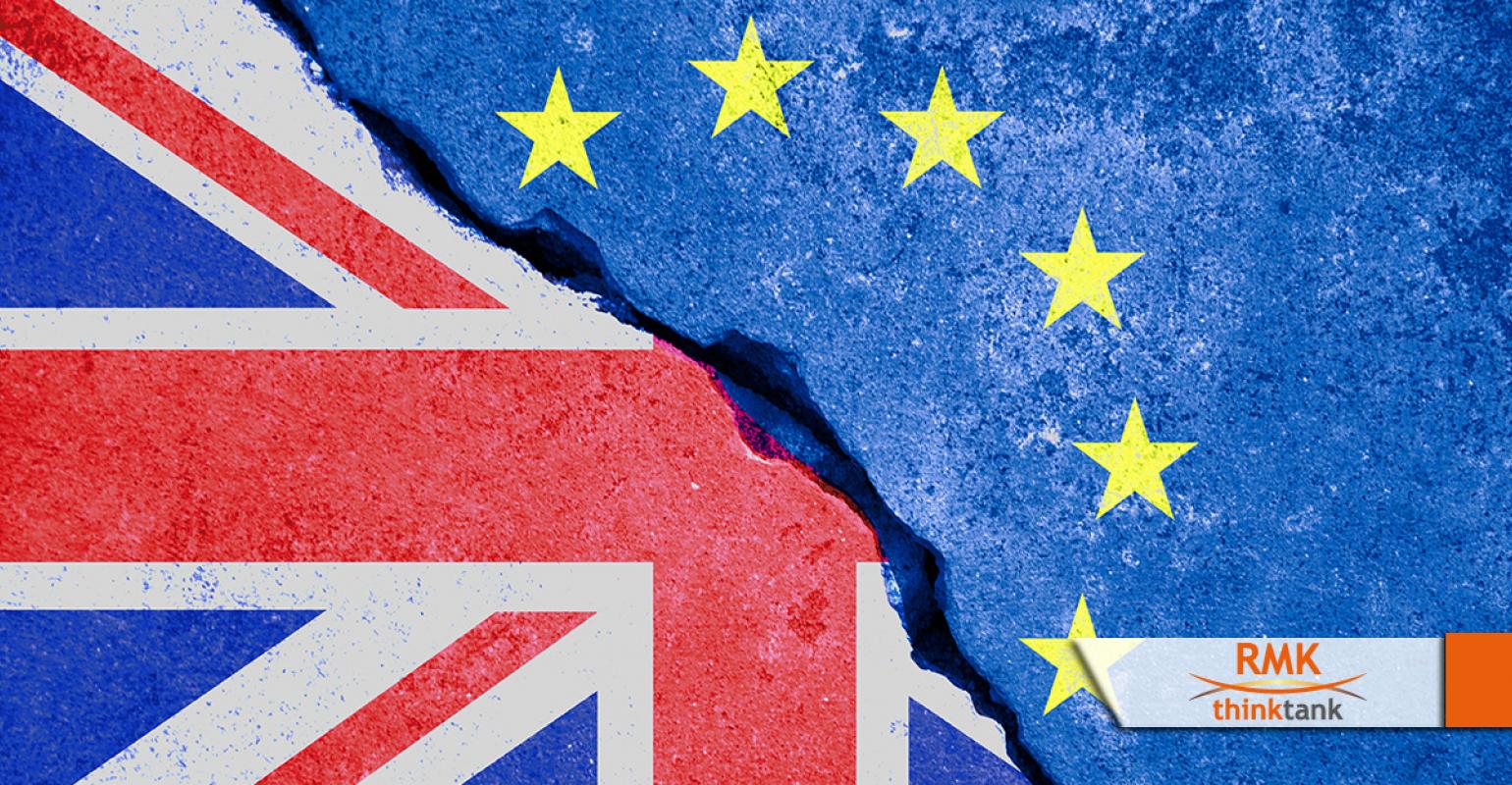 EU, UK and the Brexit aftermath… the dust is settling

Things are rarely as bad as they seem – the drama is not as big, and shouldn’t be dealt with in such an unhealthy high profile manner, despite the environment of uncomfortable uncertainty, particularly for Britain, at the moment. It is a principal defect from the outset to found any partnership or community – even more so such a colossal one like the European Union – without a proper procedure for a professional, smooth divorce to leave ‘the club’.

Temporary membership and renewal: one has to realise and admit that the entire structure of the European Union needs a most thorough revision, not just regarding the foundations, basis, regulations and the Euro zone, but also in relation to the terms when joining the EU and being or staying a member state, how to leave and its potential aftermaths.

It would also be a good idea to design the procedures by first starting with a mandatory temporary membership and later having the option to renew it periodically depending on several conditions relating to both sides – the EU and each member state. These will be based on balancing ‘give and take’, obeying and implementing the rules, orders and principles of the union, as well as keeping its performance, structures and flows attractive and sustainable. This is different but similar to a dynamic and healthy market competition. It shouldn’t be a compulsory membership for life, a one-way street where one is hooked up until you ‘die’ or otherwise it would just be an adventure with an unlikely happy ending.

Let’s be grateful to Great Britain: although most people in the EU and in quite some regions within the UK hoped for a ‘Remain’ vote majority, in respect of Brexit, we should be grateful to Great Britain, as they will now act out this case for us all within the EU. Imagine that one of the Eurozone member states like Greece, Spain, Italy or Portugal had gone through it (either being forced by facts or vote) – what a nightmare.

One has to understand that Great Britain has always been different as an island. As a former empire, it has been well connected for centuries and oriented to North America (particularly in business and certain alliances not just pertaining to language), therefore different to the continent – that’s in the nature of things. So it’s quite ‘convenient’ for the rest of the EU member states that the United Kingdom will pull the buck, holding up a mirror for everyone and putting the situation to the test.

The outcome: what is to expect as consequences of the Brexit for Great Britain and the EU? In my view, the results will not be as tremendous as rumoured, and in the long term, not of significant disadvantage if at all. Existing agreements and contracts will be substituted by new ones, presumably improved by a learning curve. The economic co-operations will continue as everyone has keen interests in doing so. We shouldn’t forget – as mentioned in part 5 of my article-series ‘Economy 4.0’ – the UK is predicted to overtake Germany as Europe’s most populous country by 2060.

The same will happen with the financial sector and will be even easier to achieve, as the UK will continue with its own and independent currency, the Sterling, and as an international leading financial market hub. And to avoid the secessions of Scotland and Northern Ireland and keep them under the roof of the United Kingdom, some special agreements with the EU and within Great Britain will very likely be agreed. So even from this perspective, it is verisimilar that we experience no full scale Brexit at the end.

Common sense, commercial needs and necessities as well as fiscal prudence will gain mastery and solve the problems and challenges pragmatically.

This leaves only the political body to totter, as it is the most dispensable one in this ‘game’ – today’s bloated layer with its excessive bureaucracy and regulations wasn’t necessary before the EU was founded, and this requirement hadn’t changed till now, making it completely oversized for a preliminary economic union as the original intention was.

An Economic Union in Europe makes sense: to persevere, an economic union in Europe in the scenario of the global economy and competition makes sense, as there are 500 million inhabitants generating an enormous production power and output, and thus a vast volume of GDP, providing a great deal of capital and funds, offering a lot of resources, talents and knowledge. Only such a powerful union can effectively compete with other giant strengthening economic blocks such as India and China, each with a population of more than a billion of people.

The one and only crucial and consequently vital political part and body would be the area for foreign affairs, so as to create the right positions and answers especially to all the challenges, events and developments occurring around the world. It would therefore be inevitable to speak and act as one voice and union, and not, as is embarrassingly happening most of the time, with disagreement and undermining of each other.

The giant on feet of clay and the Euro: currently, the EU is a giant on feet of clay, which needs to clarify its future and answer the question ‘Who am I and if so how many?” – to point to the bestselling book of Richard David Precht, a famous German author and honorary-professor for philosophy.

This is not to mention that the Euro currency, which has cardinal flaws in its concept since birth, and hence, it is unlikely that the current structure will survive, as it’s just an illusion that all member state’s economies could eventually perform at the same pace and level of power. It’s the equivalent of someone expecting all football clubs to be able to compete and stay on in the top league.

And taking away the two key adjustment mechanisms – the exchange and interest rates – without placing anything forceful instead, made macro adjustment pretty impossible, or at least, very difficult.

Therefore I only see a few solutions as succeeding alternatives to maintain a European currency and to end this adverse period, in which the middle class suffers most of the consequences. Such solutions are either splitting today’s Eurozone into at least three – top-, medium- and low-performers or North-, central- and South – with interconnected and from time-to-time adjustable exchange rates, or creating a central Euro and dedicated country versions with floating but controlled exchange rates.

Frightened policymakers: the British are the first ones within the EU who preferred to leave to find and define their own future independently – not waiting to see when, how and whether the EU will find itself.

The only thing that is intelligibly frightening the policymakers of the EU and their colleagues within the remaining member states, in my opinion, is an outcome in which this step is mastered well and fast by the British, proving that it is not insurmountable, potentially motivating imitators as a result and shrinking the size and power of the EU’s policy body further.

This is quite likely also the reason why they talk big and paint bleak scenarios and forecast dark clouds over the British horizon. These ideologues in Brussels are getting more questionable on a daily basis and could even backfire – instead of understanding and using this historical event as a kick-off to quickly start a major overhaul since so many things are not resilient, sustainable or competitive by design and there’s a lot at stake which needs to be fixed. Maybe they should remember that they are elected, appointed and paid to make a better world and life easier for Europeans, not more difficult. My impression is that they are often steeped in top down thinking, so others have to conform to their blueprint.

But they should also look at things the other way round and listen to the young generations and concerns of so many EU citizens. Only this will lead to reorganising and achieving the best and most competitive future-proof solutions for the EU and most notably for us all, as well as by respecting the sovereignty of each member state. Otherwise, there is a serious risk in the foreseeable future that the European Union will lose the acceptance and support of its people, break up and disappear.

The younger generations: why listen to the younger generations, especially those up to approx. 35+ years? Because they have, according to my multinational experience, an exceptional attribute, possibly owing to a much better education, free and open communication as well as a vast volume of global information underpinned by the internet, social media and digital connections. They are not as narrow-minded or even grid-locked with legacy in their views, ideas and opinions, but willing to listen, watch, learn from both inspiring examples and failures (even of previous generations) and always welcome flexibility, change and improvements – also astonishingly for the common good, environment and sustainability.

To listen to them particularly is furthermore not just fair in respect of their remaining longer lifespan, but simply because of their essential future contributions to finance the pensions of the greying generations. This should grant them a significant say in shaping the future, but also as they are and will be the drivers of the Zeitgeist and building blocks of the next generations and, last but not least, the bedrock of a very promising 21st century.

If the EU can manage a welcome and promising vision as well as a wise reorganisation for an attractive future, perhaps one day the British will want to return and support ‘the club’ again. Never say never – so don’t mistreat your former, current and potential future partner(s) and neighbour(s), it could just boomerang.

But aren’t we starving for visions? (Let’s deal with it in a follow-up article).