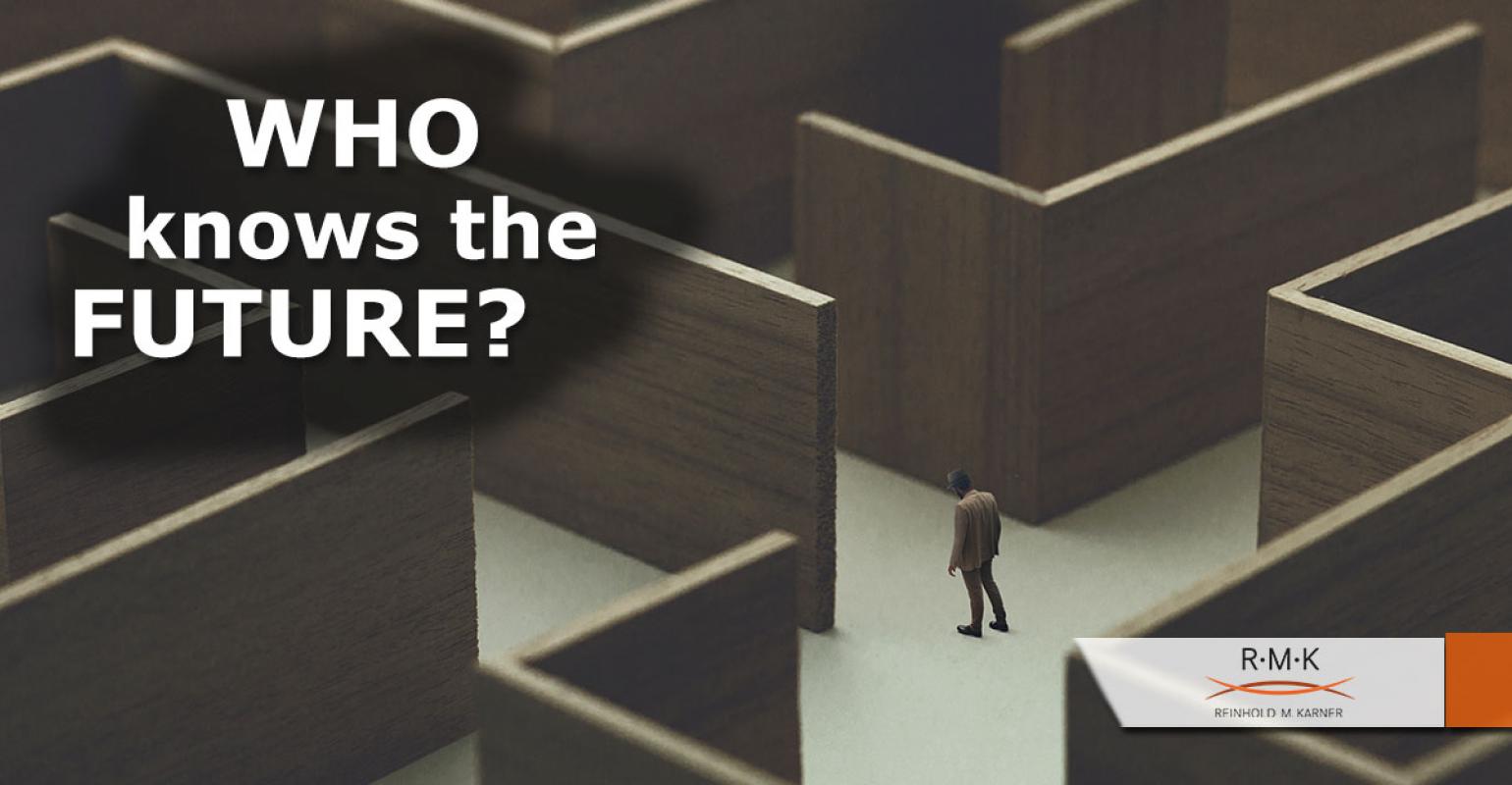 Who knows the future?

(My article was first published in the Sunday Times of Malta (coverpage of "classified").

Hardly anyone gets through life without being confronted at some point with the question: What will the future be like? In all the great classical religions, myths, fairy tales and legends and great world literature, there have always been prophets and people who were able, or claimed to be able to, predict the future. In modern times, we have the tools of futurology with its probability mathematics, data science, and artificial intelligence (AI) to help us predict the future.

The notorious thing about these probabilities and prophecies is that they may or may not come true. Rationally approaching the future is a temptation. It sounds scientifically serious, but it frequently goes wrong.

Why? Because the future can neither be extrapolated, even in the age of quantum computing, nor does anybody know what the future holds. It contains too many parameters of freedom, too many actors are involved, and everyone has his own parameters, leading to infinitely large complexity. Even a short-term forecast for a few months is tricky. A reliable prediction for a few years is simply an illusion. That's why long-term forecasts are almost never right!

The future is open and infinitely complex; it is influenced by the famous flap of the butterfly's wings to the free will of anyone, to forces of nature, weather, volcanoes, viruses, asteroids, etc.

In chaos theory, the butterfly effect is a phenomenon of nonlinear dynamics, deterministic systems. It is expressed by the fact that it is not foreseeable how any small changes in the system's initial conditions will affect the development of the system in the long term. The eponymous illustration of this effect comes from the talk, "Predictability: Does the Flap of a Butterfly’s Wings in Brazil set off a Tornado in Texas?" by the American mathematician and meteorologist Edward Lorenz, delivered in 1972 for the AAAS. The analogy is reminiscent of the snowball effect, in which minor effects intensify through a chain reaction until the disaster itself.

Sir Isaac Newton (1643-1727) already noted in the 17th century that logical analysis, thinking, and calculation do not work with complex dynamic systems, i. e. things that constantly change over time, as one cannot explain the working of something alive by cause-and-effect logic alone. But even for causality, we have no proper mathematics yet. AI algorithms and models are good at finding patterns, correlations and associations, but they can neither tell us: Did this cause that? Nor: What would happen if I did this?
In this context, the branching out of future developments is similar to India’s Thimmamma Marrimanu, the world’s largest living tree canopy (2.19 hectares) with its branches. There are infinite forecast options, often with complete contradictions, depending on the perspective (cui bono?) and how long one looks ahead. So much cannot be taken into account, simply because we do not yet know today that they will exist or happen. Even the most intelligent cannot look into something that doesn't exist today.

Nevertheless, futurology remains good business. Still, it is more advantageous to deal with various tendencies and future scenarios with all the relevant reservations, instead of burying one's head in the sand.

Futurology covers people's need for control. Many people want to have control - because something that one supposedly knows seems to be more controllable, no matter whether there is a reason for joy or fear because then the future can at least be substantiated with an emotion.

Of course, it is highly understandable if we humans are thirsty for orientation about possible developments and their consequences in the future. However, we should not forget that we always live in the present, which belongs to us, and if anything influences the future, it is the present. Still, the future is no more colourful than the present!

Anyone who does not live the present because it is the ludicrous, uncomfortable, unsatisfactory intermediate stage between the past and the future accomplishes nothing! Moreover: nothing grows in the future, it is all virtual, theoretical, tendentious, but it is not real. Nor does the farmer live from the field he will cultivate next year, but from the field he cultivates today.

Therefore, have your visions and dreams, visualise and focus on your success and start building your future today!

P. S. I would be happy if you share my articles. A short request for permission is required for media publication or reprinting.
A copyright notice with reference to the author and the link to this website www.RMK.org is always required.