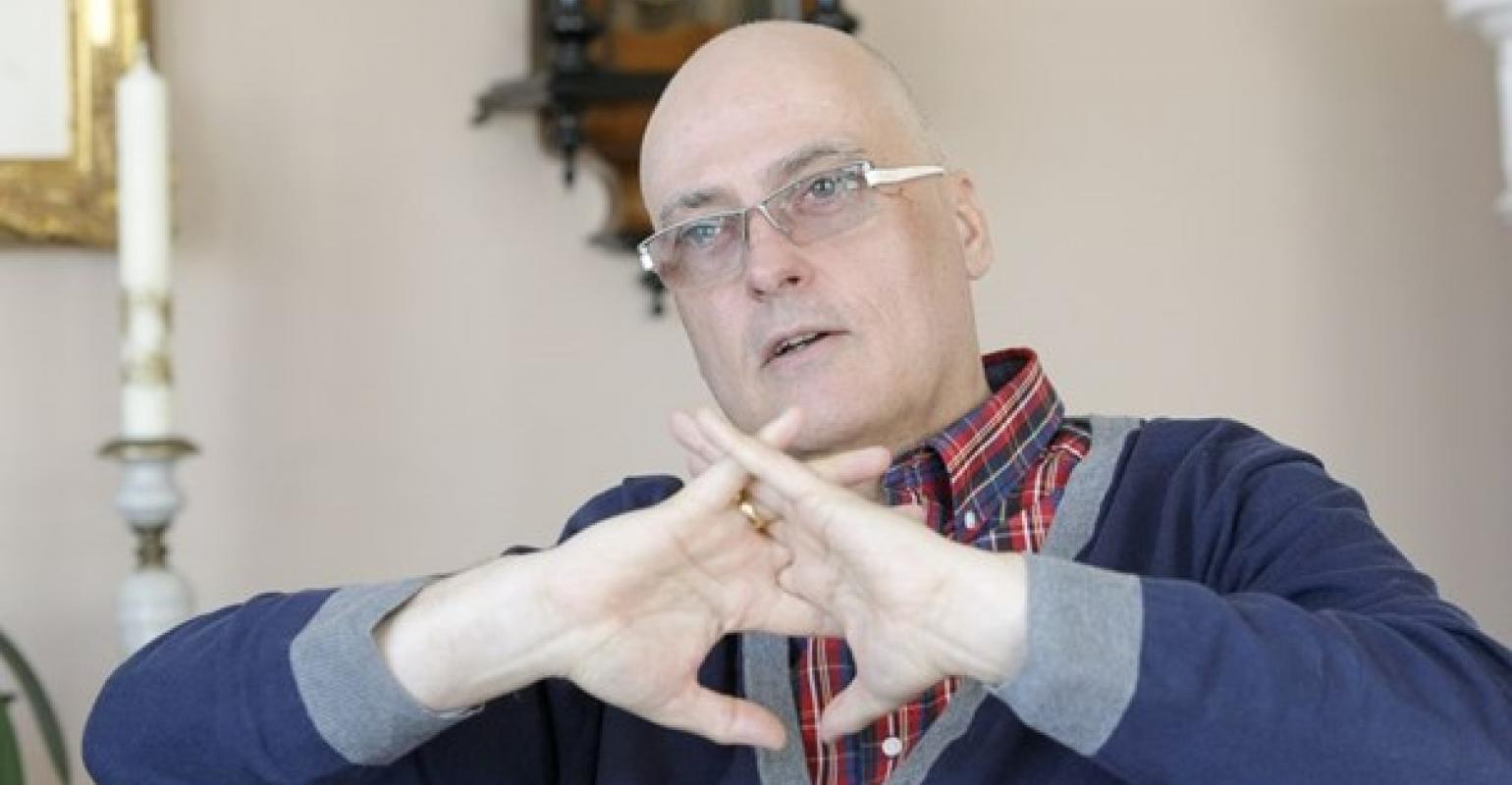 Reinhold M. Karner is a management consultant, entrepreneur, supervisory board member and Fellowship Connector of the Royal Society for Arts, Manufactures and Commerce (RSA) for Austria and Malta. (Photo ©: www.muehlanger.at)

Failure as an opportunity

You have already failed with a business. How did the public and your environment deal with it?

Reinhold M. Karner: Yes, after 33 very successful years with 250 employees of my own and more than 3000 at distribution partners, I was brought down by some serious foul play. There was great consternation in the private sphere. There were thumbs up and thumbs down in public, gloating and spitefulness. Many so-called "friends" ran away.

You talk about fouls - what did you fail at back then?

Reinhold M. Karner: The "House of Cards" scriptwriters would have had fun with my story. I was viciously driven into bankruptcy. At least I could thwart the plan of the hostile take-over of my company. But I don't want to rehash that today; that's a thing of the past. That time was adverse for the whole family.

Broke, traumatised, stigmatised - how did you get out of it?

Reinhold M. Karner: More than two-thirds of shipwrecked entrepreneurs never try again. For me, to give up was not an option. I first helped the insolvency practitioners to sell my software business to keep the jobs. This software is still in the market today; even Zalando, the multi-billion multinational e-commerce company, built its success on it. Then in 2007, I went to London, studied the causes and mechanisms of failure and success and started all over again. It wasn't easy, but I succeeded. Brexit finally brought our centre of life back to Tyrol, Austria.

Has your failure made you better?

Reinhold M. Karner: Let’s say, I can rejoice in the fact that I have once again achieved decent multinational success as an independent entrepreneur and consultant.  Entrepreneurs and even ministers, EU representatives, media, think tanks and company bosses seek my advice. The experience has definitely contributed to my enormous know-how. Today I can also see through the tricks and strategies of greedy financial jugglers at an early stage to protect my clients from them.

Should we see failure as an opportunity?

Reinhold M. Karner: The oscillation between success and failure is part of an entrepreneur's everyday life. One does not learn much about what is decisive from success or winning. Instead, the failures, mistakes, losses and defeats make us ultimately grow more in wisdom, humility, modesty, resilience and thus make us better. For me, it was an entrepreneurial baptism of fire. I learned how to cope with and survive crises. That's why I can help many founders and entrepreneurs today and lecture at universities. Even our sons have learned a lot from it and are managing stunning international careers.

You say that there is an unculture of failure in Europe. What do you mean by that?

Reinhold M. Karner: Here, in the EU area, there is largely zero tolerance for failure. Your first throw has to be perfect; failures are not tolerated. There is no second chance. In the US, failure is a welcoming learning curve. Thomas Edison needed more than 9000 attempts for the light bulb. That's why - as insiders know - in Silicon Valley, the real secret of success are in the waste bins, where 97 per cent of failed ideas and concepts end up. The only important thing is the successful three per cent. They frequently generate huge successes. The only alternative to making mistakes would be to make no mistakes. But that only works if you make no decisions and do nothing.

Does European culture separate too much into winners and losers?

Reinhold M. Karner: Even worse, we stigmatise! So many people lose the courage to take risks. This is one of the reasons why the EU is increasingly falling behind the USA, China, Israel and South Korea in terms of innovation and economic power.

How do other cultures deal with failed entrepreneurs?

Reinhold M. Karner: Achievement-oriented cultures know that success and risk are inseparable. They therefore avoid years of humiliation and servitude of the failed or a bankrupt entrepreneur. They offer "pro-business" oriented framework conditions to restart quickly. There, the motto is: "If you don't succeed, try, try again."

In academia, the concept of "trial-error" is the rule. Why is this failure taboo in business?

Reinhold M. Karner: There are probably several reasons for that. My good friend, the former EU Commissioner Dr Franz Fischler, sees these roots in Europe's historical doctrine of divine grace, where offences against life and limb were less punishable than equity offences in the past. In Austria, until Chancellor Kreisky's reform of the criminal law in the 1970s, poaching, for example, was punishable by a harsher prison sentence than attempted manslaughter.

Isn't failure part of the market economy, where risk and opportunity are promising profit?

Reinhold M. Karner: Not only in the market economy, everyone has their successes and failures at work, business, private life and university. That is the reality. That's why our unculture of failure is so dreadful. Failure is not a final state; it is temporary and not unique to a few foolish people. This risk exists for everyone at all times, without exception.

PayPal founder Max Levchin failed with three companies before his success, and a fourth one did moderately well. Would he have tried as many times in Austria?

Reinhold M. Karner: Probably not, because despite recent improvements, our bankruptcy law bludgeons you for years, so one would be reluctant to face it again.

What would have to change in Austria to get failed entrepreneurs back on their feet quickly?

Reinhold M. Karner: Most EU countries' insolvency and bankruptcy laws are anything but "pro-business". Europe urgently needs an entirely new culture of failure. That would be an enormous boost for the economy. Just remember, if entrepreneurs did not risk their existence every day, there would be no jobs, no prosperity. But actually, we should start to address these problems even earlier as the start-up culture Austria is in an unhealthy state.

What do you mean by that?

Reinhold M. Karner:  It starts with the fact that it has become fashionable to found a start-up. With the result that we too produce up to 80 per cent of failing young entrepreneurs. That's completely crazy! Because basically, it is clear that many founders lack the know-how and experience. Most entrepreneurship training only teaches the car manual and highway code, so to speak, but not how to drive and certainly not off-road, in bad weather or dangerous situations. One must have accumulated thousands of flying hours as a co-pilot to become an aircraft captain. But many mentors and incubators are also toxic because they are just as ill-equipped for this. Many think that investors are so decisive – It’s nonsense.

Can crises be seen as renewal processes?

Reinhold M. Karner: In principle, many people are inert and love continuity. It is mainly crises that force us into change. I believe in fate, but less in its blows. Crises force you to question yourself. Nobody likes that, but that is the core. It catapults you to a whole new level, if you deal with it openly. That is the most valuable lesson at the University of Life - both humanly and professionally.

Reinhold M. Karner is an entrepreneurship and start-up evangelist, chairman, entrepreneur, management consultant, entrepreneur, supervisory board member, university lecturer and Fellowship Connector of the RSA, the Royal Society for Arts, Manufactures and Commerce for Austria and Malta.

Karner built up the software and consulting company KTW from the mid-1980s and made it big. The steep rise came to an abrupt end in 2006/2007: the company, based in Kirchbichl/Tyrol, unexpectedly slid into insolvency.

Reinhold M. Karner then started anew in London. In 2007, the man from Tyrol moved to Great Britain and studied the mechanism of success and failure from 2007 to 2009. He also took over the commercial management of a film company in London.

In 2010, he restarted as an entrepreneur and as a business adviser and management consultant. Since 2014, Karner has held various supervisory and advisory board mandates and is a serial chairman of firms and investment companies. Since 2015, he has also worked as an author and contributor for multiple media.